The new year 2020 began already with the familiar event of the Consumer Electronics Show (CES) in Las Vegas. Many brands brought their breakthrough products to the exhibition, but not all gadgets were really interesting. Some companies have only increased the power of certain components in their devices, while others have shown something incredible, or at least new and interesting. In today's article, we have collected all the coolest gadgets and concepts presented at CES 2020, so you definitely won't get bored with us!

Dell Duet and Ori - the concept of laptops of the future

In 2019, we were simply struck by folding smartphones, more precisely smartphones with flexible displays that can be safely folded in half. As it turned out, such (matrixes bent by 180 degrees) are interesting not only to manufacturers of smartphones, but also laptops. Dell was the pioneer in folding notebooks. At CES 2020, they showed off two brand new laptops: Concept Ori and Concept Duet.

The first (Ori) offers just one continuous display in a laptop, which folds in half. The diagonal of its flexible matrix was 13 inches and you can use the display in a laptop as you like (a solid display, differentiating the screen into zones, displaying various controls on different parts of the screen, etc.) 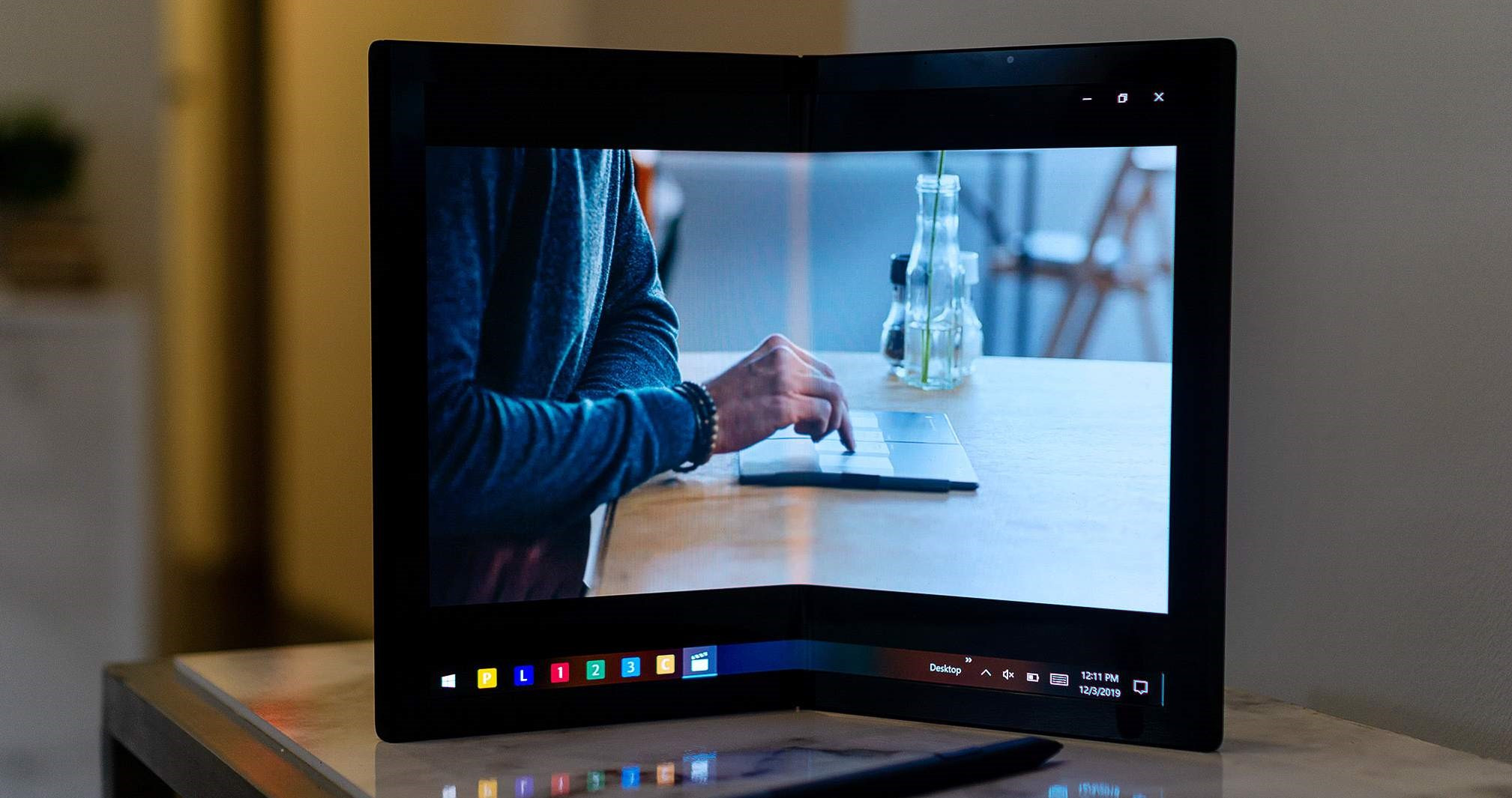 The second (Duet) already offers two separate displays, that is, one screen is in the usual place, and the second is located on the keyboard. You can also use such a solution as you like. Moreover, if you put a physical keyboard specially designed by Dell on the lower display, the screen will mimic the surface of the touchpad with two interactive windows on the sides. Both displays in the Concept Duet offer 13.4 inches. A very unusual solution and as for a laptop of the future - very worthy! 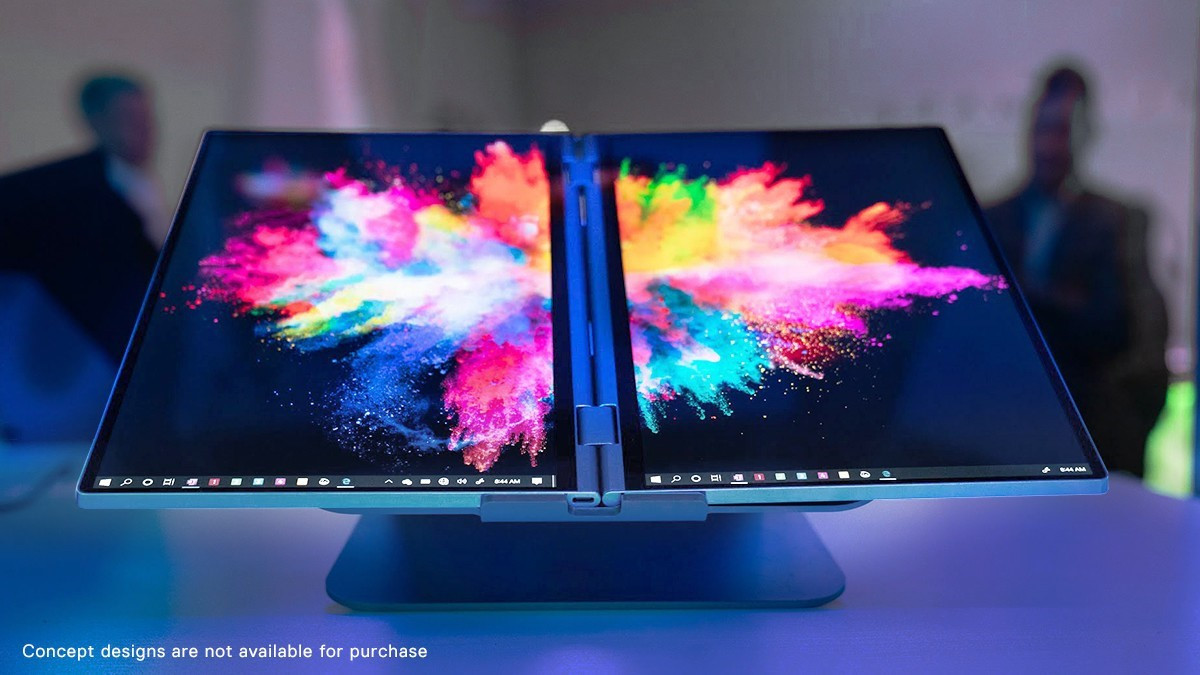 We are all used to the fact that computers are either desktop machines with a huge system unit or laptops. However, Alienware showed an unusual Nintendo Switch-style PC and called it Concept UFO. Details of the PC have not been disclosed, but it is known that it works under Windows 10, inside it is the latest generation AMD Ryzen processor, and the screen diagonal is 8 inches. There are two detachable controllers in the assortment, and Concept UFO can also be connected to an external display. 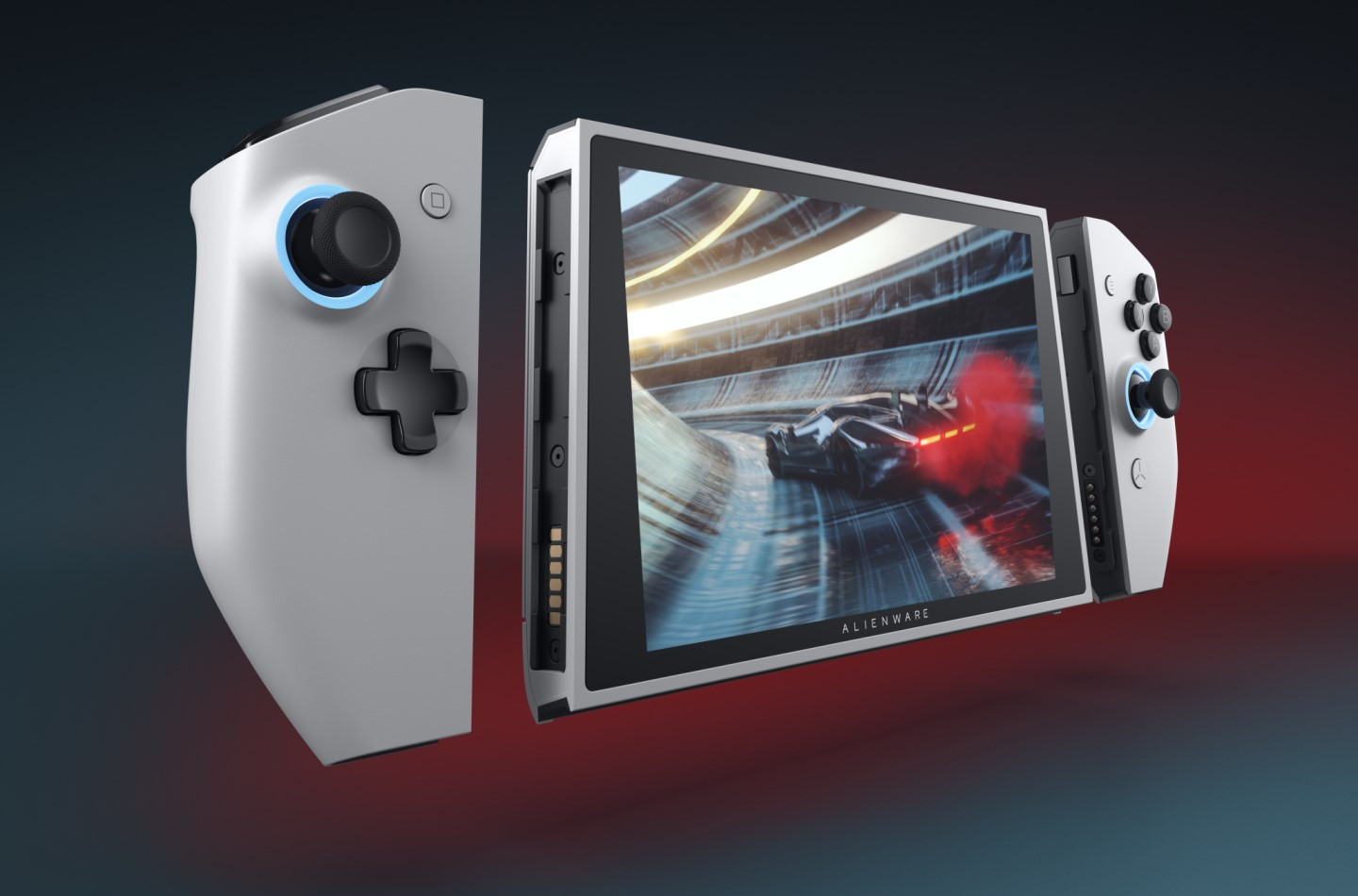 Samsung Q950TS - TV with a quantum processor and frameless 8K-display

Framelessness has captured the world - manufacturers are trying to free themselves from the shackles of the frames literally everywhere. So in the new Samsung TV, there are no frames, as such, because the matrix itself takes up to 99% of the front surface! If this is not enough for you, then know that the thickness of the TV itself does not exceed 15 mm. 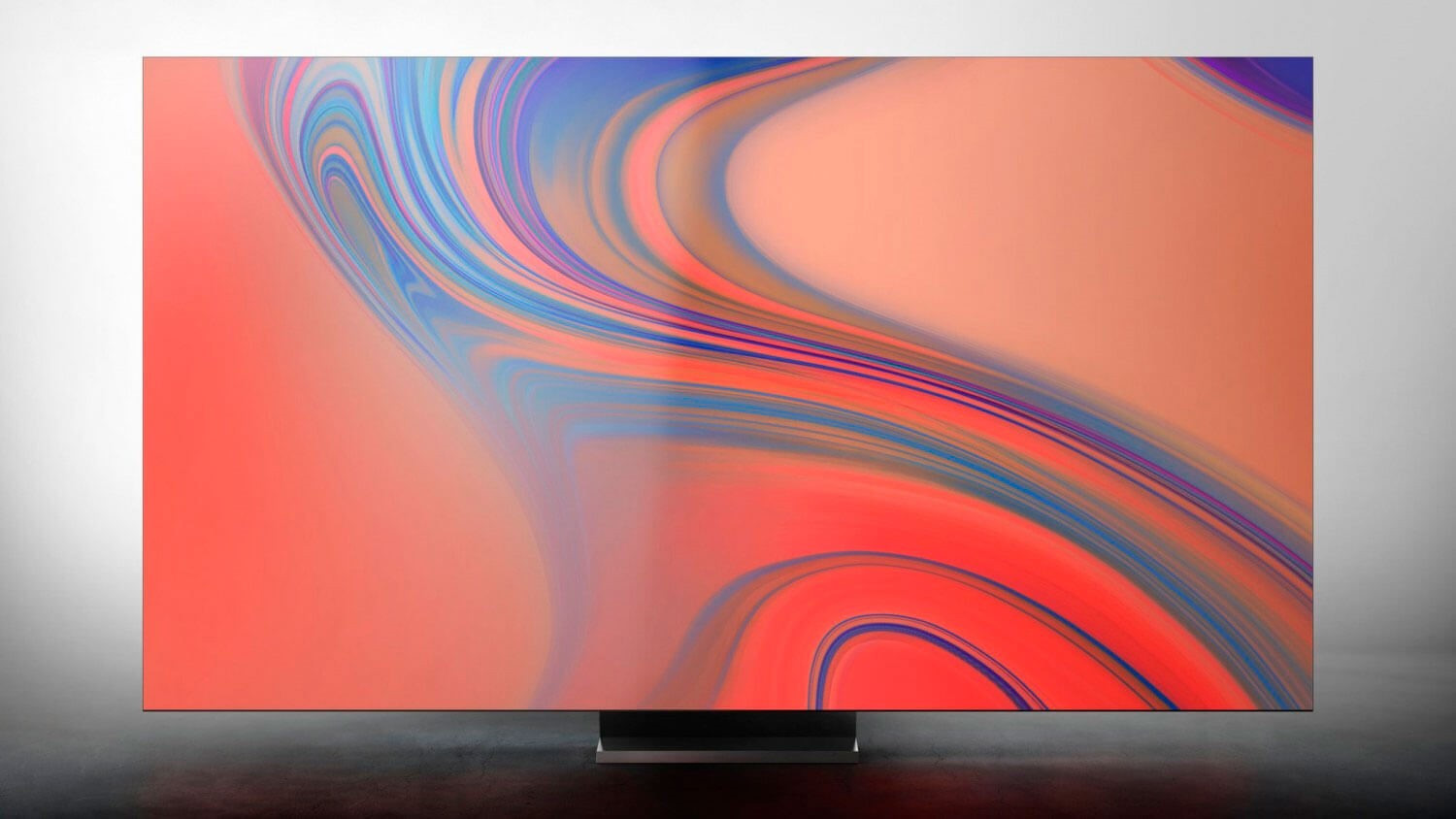 The TV has a quantum processor with AI, plus the TV control interface itself is designed to increase the resolution of the input image to 8K, whether it’s YouTube, streaming, or even a signal from a TV antenna. Samsung’s TV is also equipped with Object Tracking Sound Plus sound technology with 5.1 channel mode.

Panasonic's new VR glasses at CES 2020 are the first in the world to support ultra-high definition images with UHD and HDR resolution. The glasses are endowed with two OLED screens and Panasonic's audio-visual developments. The uniqueness of VR glasses is that they give a picture without the effect of a lattice, and they also have no problems with image distortion due to the use of a super-compact module. 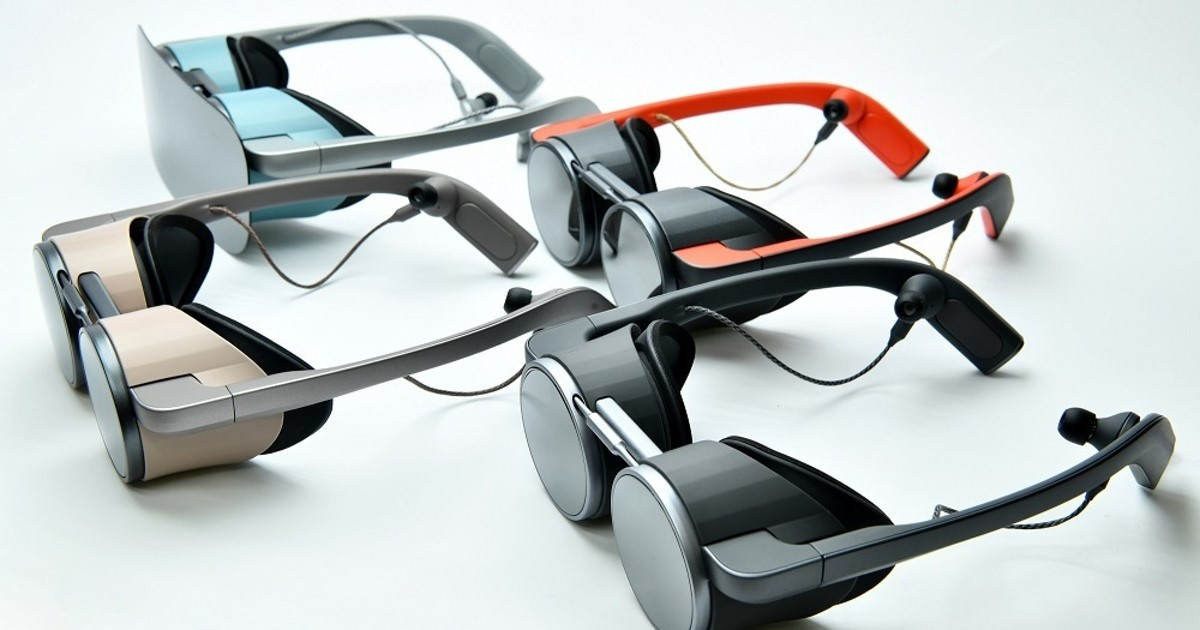 Mercedes-Benz VISION AVTR - the concept car of the future, inspired by the movie Universe Avatar

The car of the future from Mercedes-Benz is nothing more than the embodiment of the idea of ​​combining man, car and nature in a new way. Most importantly, unlike most concept cars, this car drives, and it actually does it on its own.

The driver can interact with the car using digital neurons - there are no pedals and steering wheel in the electric car! The car projects onto the driver’s hand the controls using an advanced gesture system and is controlled by an electric car. In addition to control, such a connection between the driver and the car is also necessary to identify the owner of the car. Another feature of the electric car is that its wheels are not just round, but spherical. Due to the simultaneous rotation of the front and rear wheels, the turning radius of the car is very modest 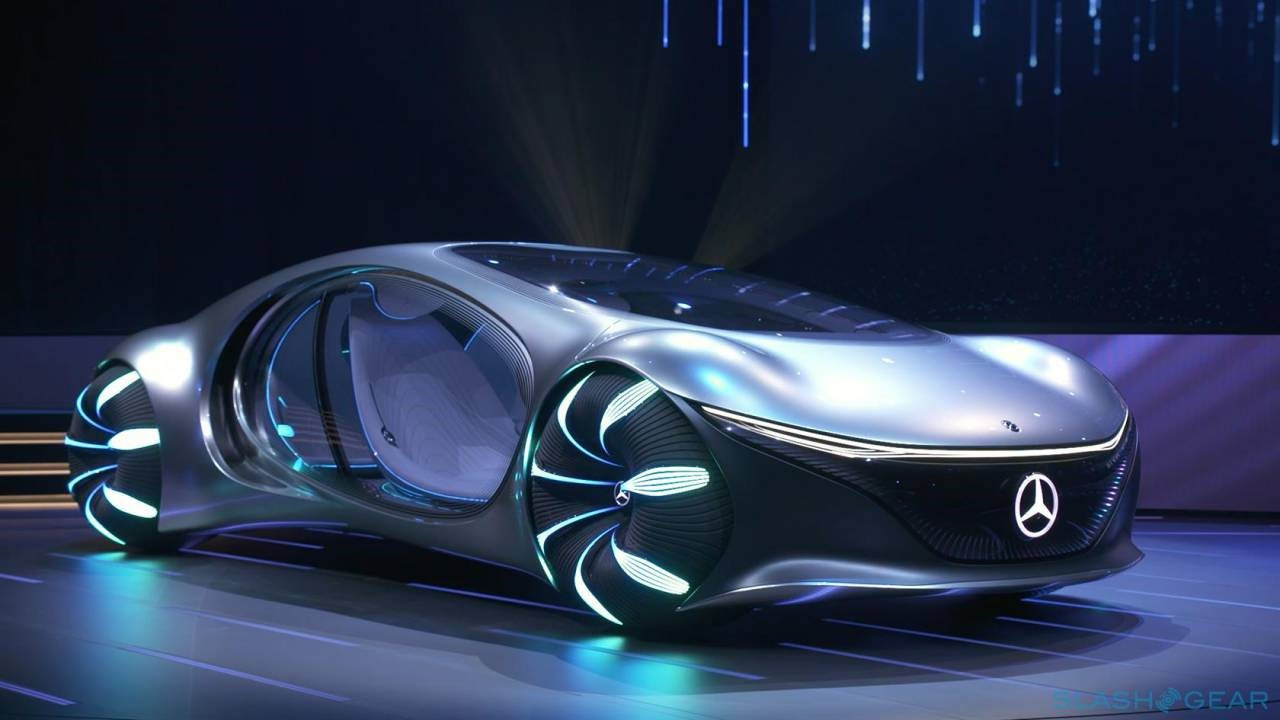 In general, if we summarize the tangent of the Mercedes-Benz VISION AVTR, then this is a car that connects with its owner as a whole and understands it not even at a glance, but from half the time!