The results of the Apple presentation on September 15, 2020

A few days ago, Apple held its annual fall presentation of its new gadgets. However, due to the fact that the coronavirus is still raging in the world, the event was pre-recorded on video. However, the main star of the show, the iPhone 12, was not presented. Instead of a new smartphone, Apple showed off other devices, including smartwatches, new tablets and new services. We will then summarize what Apple presented on September 15 during the fall event. 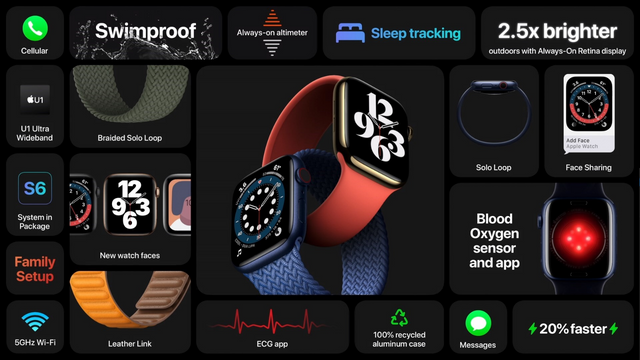 New sixth generation smartwatch is first introduced in the presentation. The device includes a pulse oximeter, which is responsible for determining the amount of oxygen in the blood in just 15 seconds. Through an internal notification system, blood oxygen saturation can be monitored throughout the day. However, the watch has lost the Force Touch technology, that is, the device no longer recognises the pressure force.

The watch also boasts new dials, and they have been revamped to be able to display the position of the sun, shooting parameters which is useful for photographers. Interesting and customisable dials, which are animoji without original faces, which displays the current time. 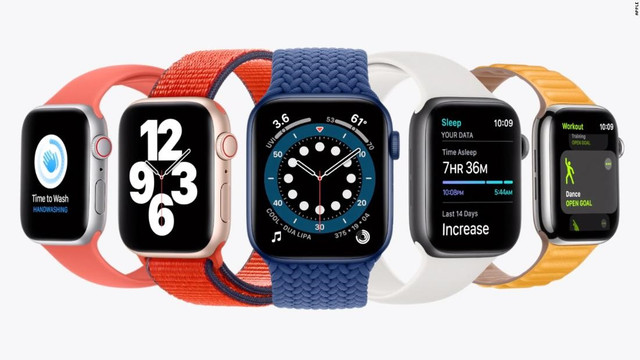 Inside the Apple Watch Series 6, the S6 chipset, based on the Apple A13 Bionic, shows that it is 20% faster than Series 5. The display brightness has also improved in Always-On mode - 2.5 times better than its predecessor. Series 6 has a new high-precision altimeter. In terms of the design, there are a few changes, but there is one important detail - monobralet, a strap without a buckle has appeared. It is made of silicone, leather or woven material.

However, the kit no longer includes a charging cable and power plug. This decision is explained by the concern for the environment. The start of sales will officially begin on October 2020. 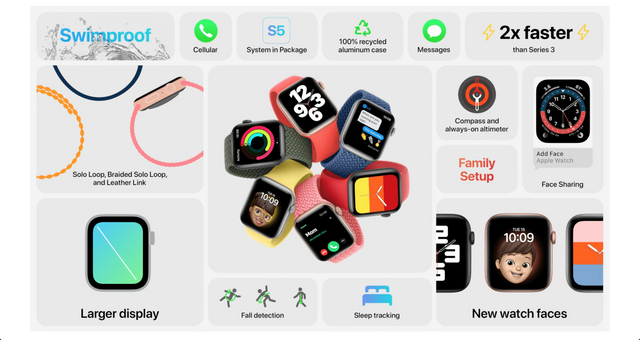 This device is affordable in all respects - it is intended for those who wish to try the Apple Watch without spending a lot of money. The device is powered by the Apple A5 processor used in Series 5. Statistics and data from the smartwatch can be broadcast to mobile gadgets such as iPhone and iPad, as well as to the Apple TV set-top box. The Apple Fitness+ service provided is responsible for providing personalized recommendations and workout plans. Outside Russia, its launch will take place on November-December this year, and in the Russian Federation either in 2021, or never at all.

Apple One as a single subscription to all company services 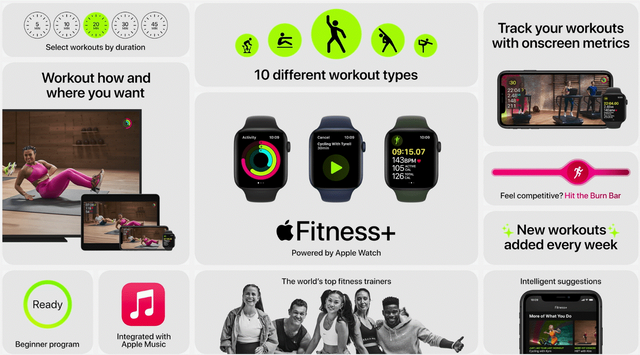 A single subscription includes four services, Apple Music, TV, Arcade and additional space in the iCloud. Apple One is priced at $ 14.95 / month, or $20 when connected to a family subscription. 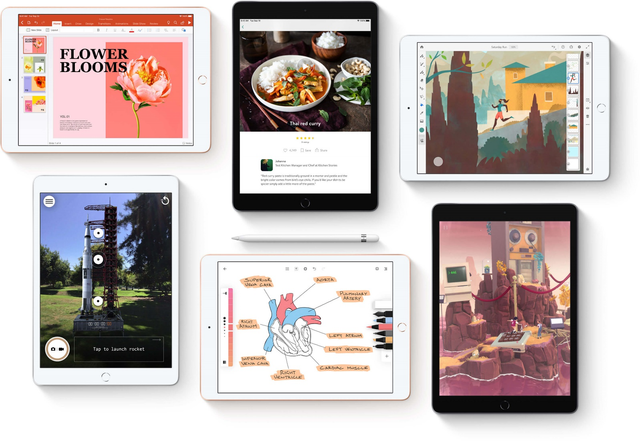 The brand new budget tablet PC with stylus support has received a familiar look and will go on sale in three colors: Space Gray, Gold and Silver. The main tablet is the Apple A12 Bionic chipset, which includes 6 processor and 4 graphics cores, as well as the Neural Engine. iPad 8 is 40% more powerful than the previous model in terms of  its CPU and 2 times faster in processing 3D graphics.

The device is equipped with a 10.2-inch Retina display with a resolution of 2160 x 1620 pixels with a peak brightness of up to 500 nits. You can work on the tablet with Apple Pencil, though only its first version. The kit may include one of the physical keyboards: either a proprietary one from Apple or an analogue from Logitech. iPad 8 features a Face Time slap camera and an 8MP main camera. It has 10 hours of battery life usage, and you can charge the tablet using the included Type-C cable. 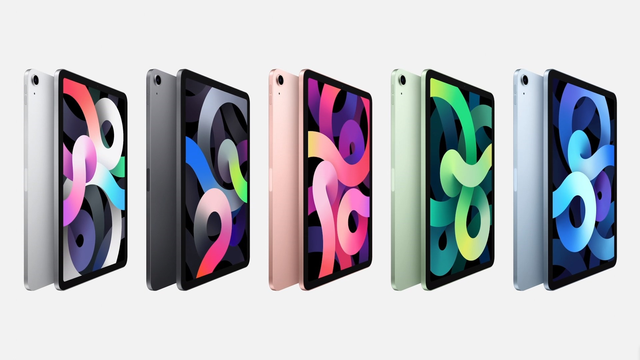 The iPad Air has a design similar to that of the iPad Pro - thin bezels around the display of the same size, the absence of the Home key button (it has moved to the power button). The basis of the device is the super-efficient Apple A14 Bionic, which gives up to 40% power superiority compared to the previous model. At the same time, the video processor has become more powerful by 200%. 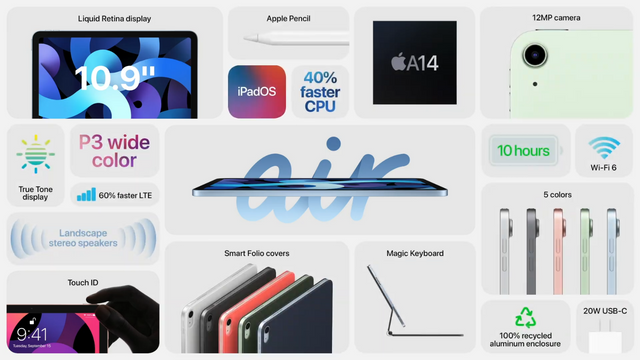 Just like the top-end iPad Pro, the display type is Liquid Retina IPS LCD capacitive touchscreen, with 2350 x 1640 resolution. iPad Air 4 has a USB-C port, Smart Connector for keyboard and works well with the Pencil 2 stylus. The main camera in the gadget is represented by a 12 MP photomodule with an f/1.8 aperture and can shoot video in 4K resolution with support for optical stabilization. There will be 4 colours on sales: Space Gray, Rose Gold, Blue Sky and Green Grass.