A few days ago I was officially announced the launch of Xiaomi Mi 10 and Mi 10 Pro. The announcement of new products was in China on February 13 via an online channel due to coronavirus. There is a lot of information about smartphones, and not only the characteristics become known, but also the prices that have already managed to disappoint. You remember that Xiaomi specifically created the Redmi sub-brand so that they produce cheap gadgets, and users finally broke the stereotype that Xiaomi = cheap. Then the company said that it would increase the cost of its devices, but if this was not yet in 2019, then in 2020 Xiaomi will keep its promise - the new flagships will rise in price by 1.5 times compared to their predecessors. Whether this helps Xiaomi to increase revenue or the army of fans will turn its back on its idol, only time will tell.

The online networks have already a sufficient number of posters with smartphones - these are official images of gadgets. Therefore, we can evaluate the appearance of smartphones, as well as understand what are the differences between Mi 10 and Mi 10 Pro. And the differences, as it turned out, are extremely small, and you can notice them only with a detailed comparison of gadgets. Both smartphones are frameless with a display made using the Waterfall technology (screen-waterfall), which smoothly bends on the sides. At the same time, there are no unnecessary elements on the front part - only a thin mesh for the conversational speaker and a front camera built into the cutout in the display. Earlier it was reported that the Mi 10 Pro will receive a dual front camera, but this was not true.

If you look at the back of the devices, then here they are the same. They are very much like Xiaomi Mi Note 10, offering four camera modules in the form of an exclamation mark - no huge camera pads like Huawei or Samsung. However, here lies the main difference between Mi 10 and Mi 10 Pro - the latter between the cameras still had a laser AF assistant and a ToF sensor used to determine the depth of field of the scene. You can also notice different camera lenses on smartphones, so the devices will definitely have a different set of photo modules. 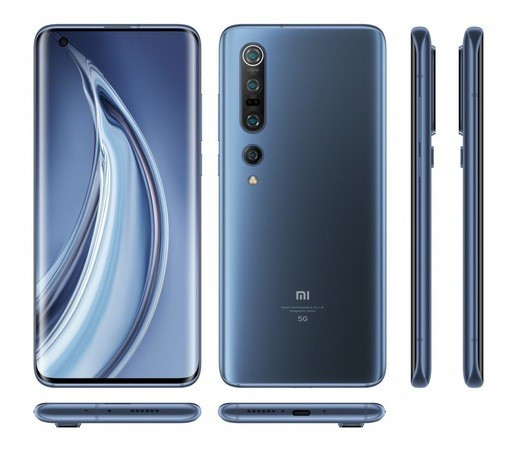 As for the technical characteristic, both devices will also not differ much. The basis of all the basics will be the Snapdragon 865 processor, 108 MP camera, the ability to shoot video in 8K resolution and a 50x hybrid zoom. The devices have received support for the Wi-Fi 6 protocol, RAM standard LPDDR5 and drive standard UFS 3.0. According to the latest data, Xiaomi Mi 10 Pro will additionally receive fast charging at 65 watts.

In China, the presentation of the devices was held online February 13th. As we already said, smartphones will not cost cheap, since Xiaomi wants to break this stereotype and come close to the cost of OnePlus, Huawei and Samsung devices. Therefore, the initial price for Xiaomi Mi 10 with 8/128 GB of memory will be $ 600, and the Mi 10 Pro for 8/256 GB will cost $ 742.

We remind you that the price tag of Xiaomi Mi 9 last year started from $ 445.